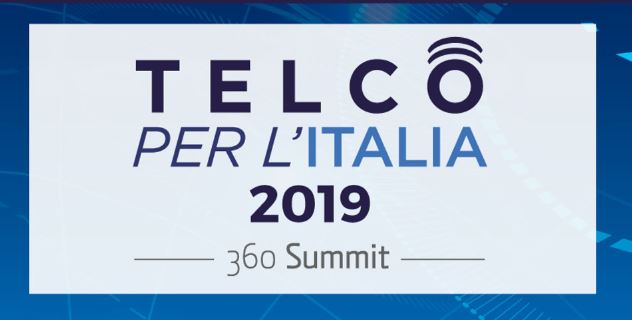 June 12th, 2019 – Today the 9th edition of “Telco per l’Italia” congress took place in the centre of Rome. The Congress was organised by Digital 360, a start-up company which owns a wide network of Italian online newspapers, focused mainly on Digital Innovation.

This summit is a wonderful chance for both the most important TLC players and political and institutional Authorities to discuss about the role played by telecommunication’s infrastructures and services in Italy.

For letting the dance begins, Digital 360’s CEO, Andrea Rangone, displayed the Italian Telco industry data gathered from 2009 to 2018. It is quite clear that TLC industry reached a critical point: the 2018 revenues have continued on the downward path, for a total decrease of -27% in 9 years (see the report below).

The main reason for such a consistent decrease is that TLC market prices have been decreased and hit a record-low level (-24,8%) over the past ten years. On the other hand, some utilities’ prices increased, including water, electricity, gas and transport.

In this 5G networks’ new environment, that has involved an investment of 6.5 billion euros in Italy for purchasing the frequencies, the result is a negative cash flow in this strategic sector for the Italian digital development.

It goes without saying that political Authorities should understand that TLC industry must be supported in this critical point, by eliminating existing legal obstacles and regulatory barriers, which are blocking ultra-broadband and 5G networks’ development.

During the first round table discussion, TLC important players – like Open Fiber, Fastweb, Wind Tre, Tim, Retelit and Eolo – gathered to discuss about 5G networks as a function of demand and skills: the key factors that can lead to the creation of an Italian digital economy.

Later, in the second debate, the speakers highlighted and diagnosed all the factors that have hampered and limited the development of TLC sector in recent years. The case study of Huawei and ZTE is certainly symbolic and essential to understand the challenges facing TLC today. A global technological ban has been imposed on the two Chinese top telecommunications players and, despite its negligible impact on their Italian business, it is still a thorn in their flesh, as they are considered leading networks’ infrastructures suppliers in Italy.

In conclusion, in order to revolutionise the user experience of consumers e to meet the challenge of the competition between national systems, it is necessary to create a reliable and compact technologically advanced system, in Italy and Europe, in which will be clear the key role of new generation’s infrastructures development.